Filmed by Cameron McKirdy for FUN!

Look at the freaky half-man, half-reptile oddity…..Jake The Alligator Man on display in HD video.  Filmed in Long Beach, Washington at Marsh’s Free Museum.  It’s a wonderful tourist trap.  I viewed all of the oddities, and purchased some incense.  Don’t forget to visit them, and ask for your free sea shell.  It’s a gift for showing up.  Please subscribe to this blog by entering your email address, like the post for a brother, and comment if you’re a friend of Jake.  Do you think HE’S real?  Could he be the missing link, or a crazy hoax for the tabloid newspapers?

Here’s the classic bumper sticker I have on my VW Van:

Long before writing on public spaces was a felony, Prehistoric Art decorated cave walls more than 40,000 years ago.  Now, only faceless corporations can afford to get their message out to the public via obnoxious billboards, and intrusive signs.  It’s a shame really.  I’m no graffiti writer, but I do appreciate people expressing themselves at any cost.

Art should be free.  Screw paying for admission to your overrated museums.  I’d rather take a walk along the train track and see the traveling Art show on the railroad freight cars.  I created this video so you could appreciate the bold tags that They don’t want you to see.  City planners want you to live comfortably in a pristine little town, with no personality, and tidy flower boxes along concrete walkways.  Boring. 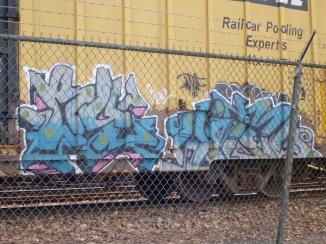 How sick is this?

Embrace graffiti.  It’s one of the purest forms of Art.  If I see a Thomas Kinkade painting in your house, I’m going to puke on it.  Let’s get real, and question what we view as Art.

In Eugene, Oregon there are public graffiti walls for anyone to tag freely.  We need more open spaces dedicated to this Art form.  Or else it may be on your store’s walls, in public restrooms, or on road signs.  On the flip side, look at what Banksy just got away with in New York City.  His work became instant tourist attractions.  Shop owners wouldn’t dare paint over them.  And the police wasted untold amounts of resources trying to capture a harmless young man, committing essentially victimless “crimes.”  His messages are important, and so are others.  We will be heard.  Of course, it’s all subjective.  But in my opinion, real Art is in the streets.  Garbage hangs in the galleries on Broadway.  Fight the power. 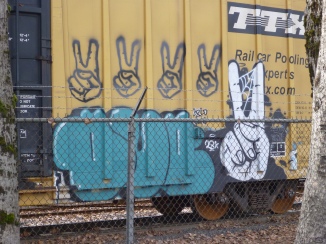 You’re looking at the “Stephanie’s house” used in the 1986 cult classic Short Circuit starring Alley Sheedy, and Steve Guttenburg.  The address is 197 Hume Ave. in Astoria, Oregon.  Visit on your next trip to Clatsop County.  This is a historic landmark, and fun to see in person.  In the HD video above you can see the famous Astoria Megler bridge that goes to Washington.  It spans 4.1 miles over the Columbia River.  Thanks for watching.  More productions soon. 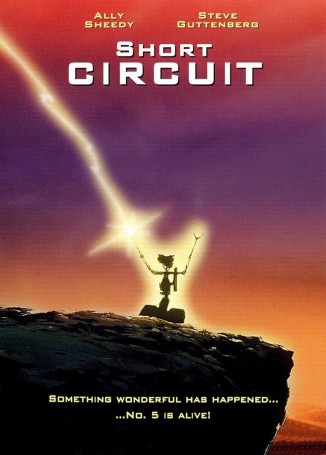 Radio Spot and YouTube promo performed by Cameron McKirdy in Seaside, OR.

Watch Cameron introduce and announce fighter Peter Toyas as the winner over Dave Mcmanis.  McKirdy hosted MMA fights called Beach Brawls at the Seaside Civic and Convention Center back in 2011.  Contact Cameron McKirdy through here if you’d like him to MC your event, or film it. 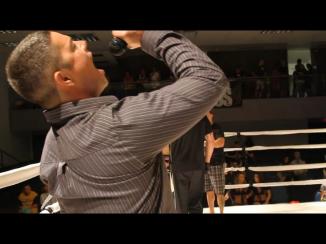 The Greatest Ring Announcer of All Time

Watch the Historic 1913 trolley cruise along the Columbia River near downtown Astoria, OR.

Some of my most popular videos feature street performers.  I highly respect these dedicated Artists.  Below are my hot videos of them.  I start by Harassing a Living Human Statue on the Prom in Seaside, OR.

“LIVING Human Statue plays with his balls in Portland, OR” has over 200,000 views, and 305 likes!!  You will probably recognize The Silver Man, if you’ve spent much time exploring downtown Portland.  I filmed this with an old camera years ago.  #Fushigi #pdx

This video is my Extended Director’s Cut of Jackson Meyer as The Northwest Tin Man on the promenade in Seaside, Oregon.  It’s RAW.  He’s a good friend, and very talented dancer.  You should see him now!  Extremely entertaining.  And a Ninja Warrior to boot!  Enjoy the shows! 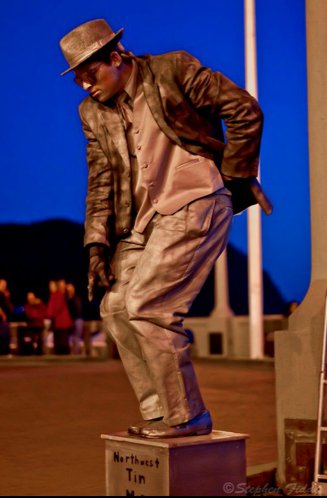